Absence really does makes the heart grow fonder. I was longing for the one that got away—and no, I'm not talking about a boyfriend. I'm talking about my old neighborhood the Lower East Side where I resided for two years. As soon as I moved out of the area in September, I noticed new restaurants were popping up one by one steps away from my old apartment. Where was all this ambition and economic boom when I was part of the neighborhood watch? Okay, they have both been present in the LES for quite some time, but I happened to noticed it more so once I left. 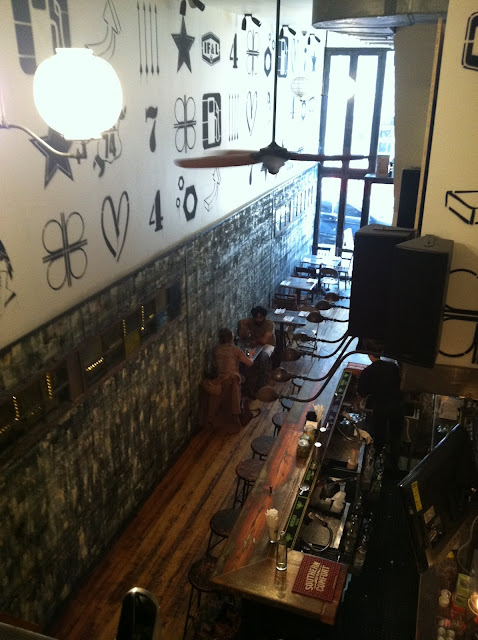 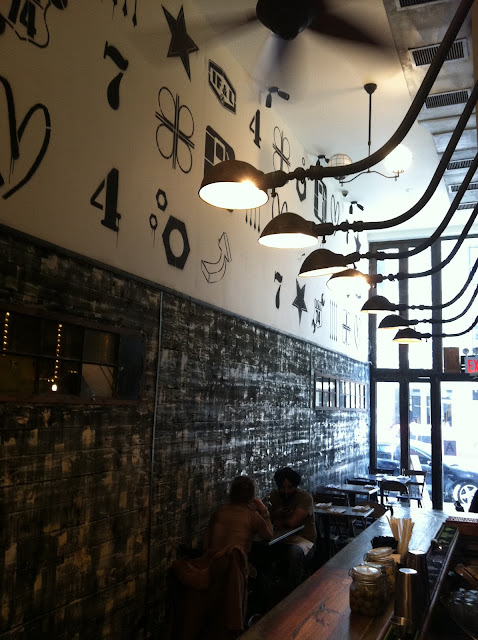 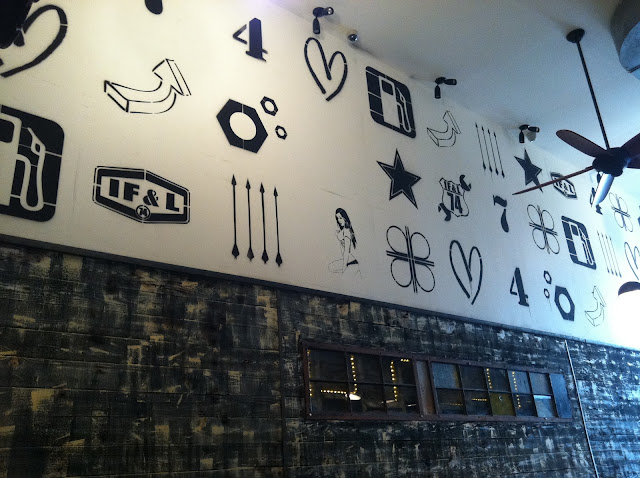 Right before I left (I talk as if I moved to another planet), I made a note in my phone: explore Orchard St. below Delancey St. One of my pit stops on this new exploration trail was the recently opened Interstate Food and Liquor restaurant. Initially the newness factor was what brought me to this venue, but it was the $19.95 brunch deal (3 cocktails plus an entree) that made me pull over. When we walked in, we were greeted with a narrow entrance with high ceilings that opened up to a dining room and a frosted glass covered balcony. The decor was raw looking with worn-in wood that can only be described as sophisticated grit. The bar was covered in dark ironclad lights and the walls were painted with typical "trucker" and "pit stop" air brushed icons. I thought even if the food was okay, at least the decor could speak for itself. 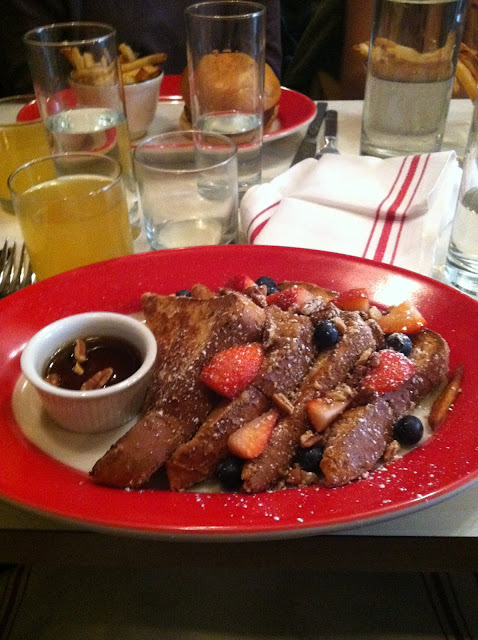 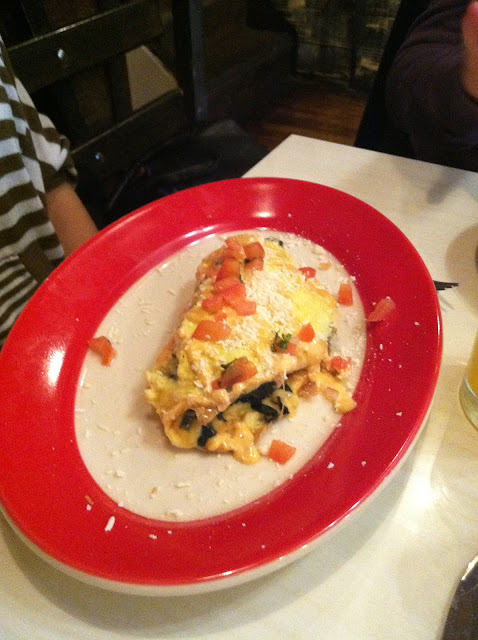 Well the decor had some competition as the food was surprisingly good. I have finally learned to share, especially when it comes to brunch as I can never decide between sweet and savory, so my roommate and I split the omelette and the french toast. The omelette made of spinach, Gruyere, caramelized onions, chipotle aioli and cotija cheese was a tasty typical combination but with a aioli cheese twist. The french toast all fluffy and warm came with toasted peanuts, blueberries and strawberries. Let me say that both dishes went faster than a trucker going 65 on Route 80. In fact the other dishes I tried—the burger with Vermont cheddar cheese and dijon aioli and the mac & cheese with Gruyere and white truffle oil—were just as delish too. I could not stop raving about the appetizing entrees and afternoon buzz for just one Andrew Jackson. Then I couldn't stop pouting about the fact that they opened a delicious treat for the eyes and the stomach in my neighborhood after I was gone. Then another thought crossed my mind—maybe it's time to move back.