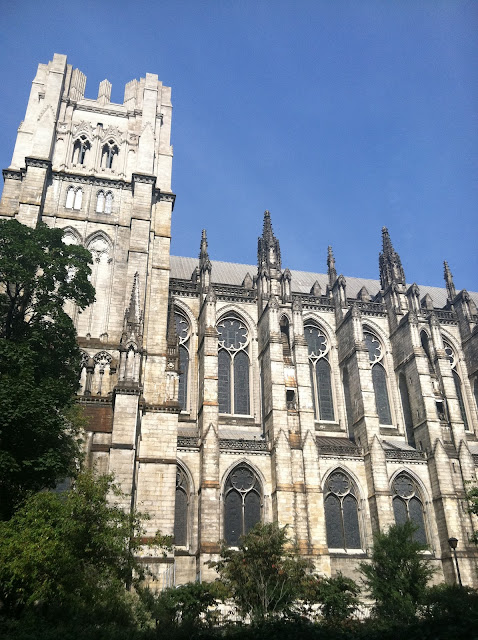 I'm not a really religious person (sorry mom!). So every Sunday when my mom asks if I went to church, I always ask if walking past one counts. Little did I know that a carefree bike ride would lead to not only walking past a church but actually entering one and staying a while.


Our bike ride started at Waterfront Bicycle Shop where renting a bicycle is cheap ($10 for the 1st hr, $5 for the 2nd and $2.50 per hour after that)—a steal if you ask me. Riding up the West Side Highway was our GP. We rode past Chelsea Piers (recreational center), The Frying Pan (basically a bar on an old tug boat) and The Intrepid (stationed war submarine) and before we knew it we were at 125th St. a.k.a. Harlem. My biking riding companion for the day Lauren remembered there was an interesting church in the area worth checking out. 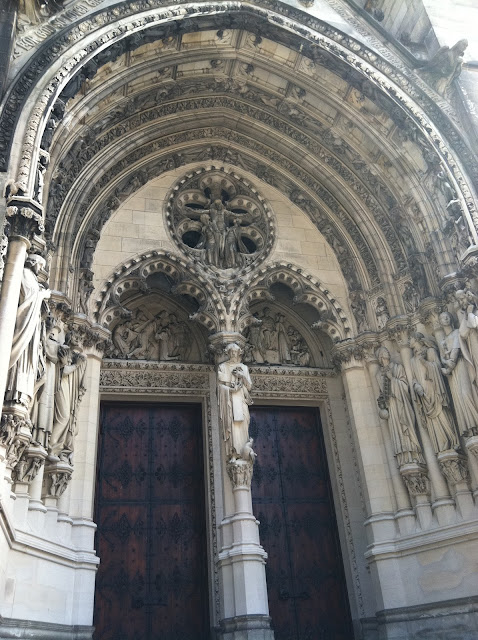 One scary detour over 125th and through the woods of Morningside Park, we found the "interesting" church Lauren had recalled. As we walked around the back of the structure that looked torn down and deteriorating, we had wondered what all the fuss was about. (Now I know where the saying 'Don't judge a book by its cover' comes from-I learned later that the facade was burned in a fire in 2011.) Approaching the front, we immediately dropped our initial judgement. Two steps into the cathedral—one of the largest in the world—and we were converted (no pun intend). 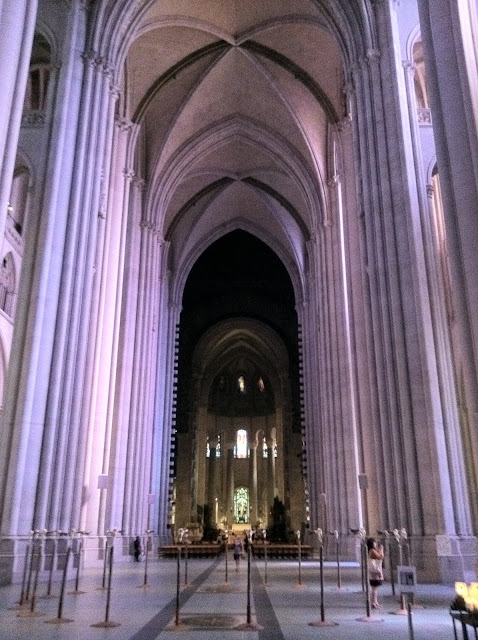 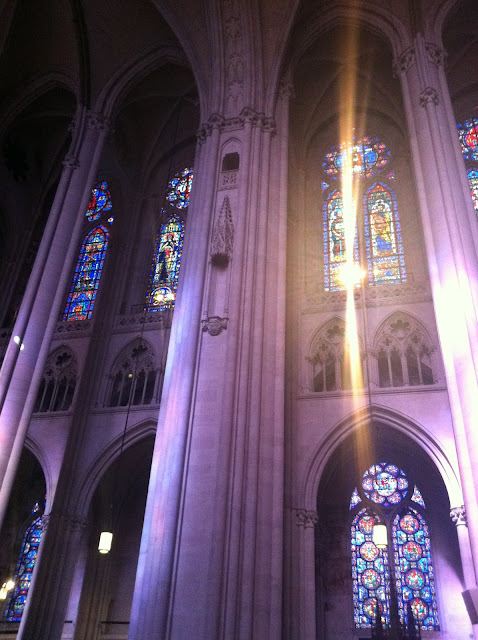 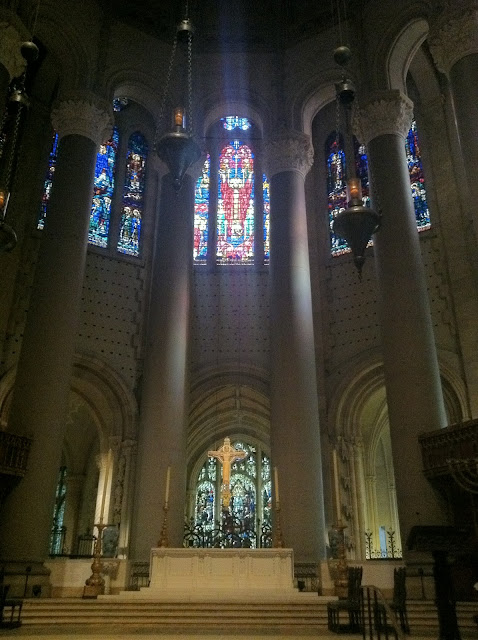 I immediately felt like our bike ride has transported us to Europe when I walked inside The Cathedral Church of St. John the Divine. I was flabbergasted that a cathedral of this magnitude resided on our little island of Manhattan. I know there is St. Patrick Cathedral smack dab in the heart of Midtown but this cathedral's size made St. Pat's look like the size of a confession booth. 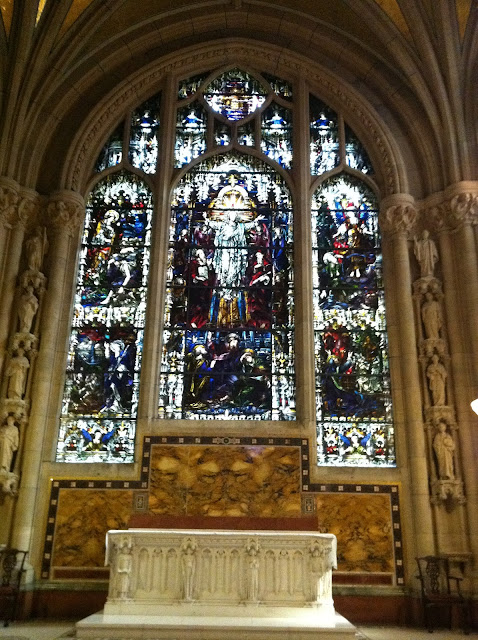 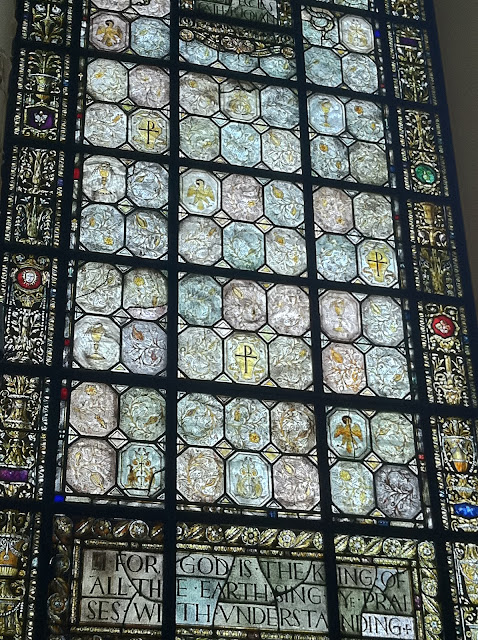 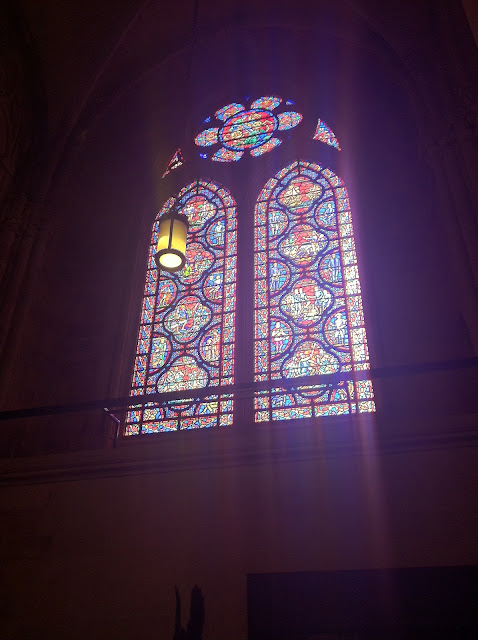 Originally conceived in 1873 to rival St. Patrick's Cathedral, designs weren't submitted until 1888 when the church held a competition amongst architects for the chance to design the structure. What won was a Romanesque interior with Byzantine overtones and Gothic exterior elements. The tiled dome roof, initially a temporary solution, is now one of the largest free-standing domes in the world. The most interesting fact is that the cathedral is technically unfinished as financial setbacks and rotating bishops have plagued the church since its inception. All of that is merely a scratch on the surface of this cathedral's rich history. 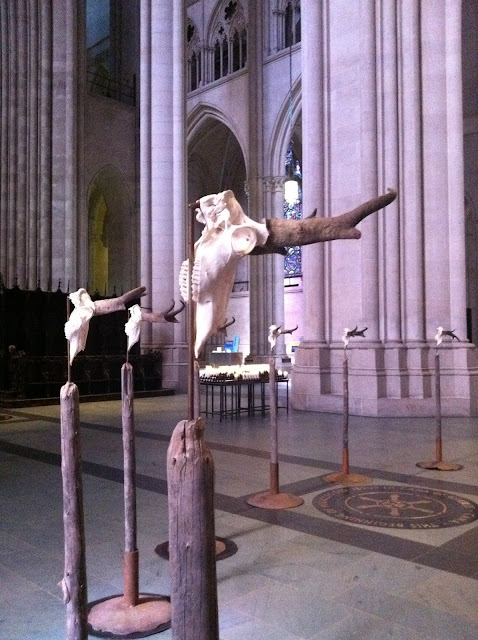 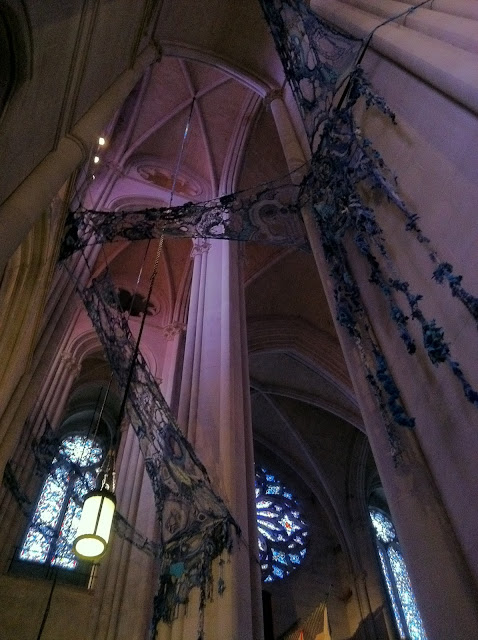 After gazing at one stained glass window after another, I began to notice various pieces of artwork from paintings on the wall to sculptures down the aisle. They weren't religious stories retold through art but rather an art exhibit in the middle of a church! The exhibit Value of Water, which runs through March 25, 2012, is an exhibit centered around water and how it is the source of life and even this structure. I loved that a cathedral could use its hollowed space as a space for artists to display their work and tell a message. I guess this time I not only went to church, I also went to an art gallery.


The Cathedral Church of St. John the Divine, 1047 Amsterdam Avenue (at 113th St.) http://www.stjohndivine.org/index.html
Posted by NatalPlums at 10:49 PM

Email ThisBlogThis!Share to TwitterShare to FacebookShare to Pinterest
Labels: Exploring