It's All Greek (Good) to Me 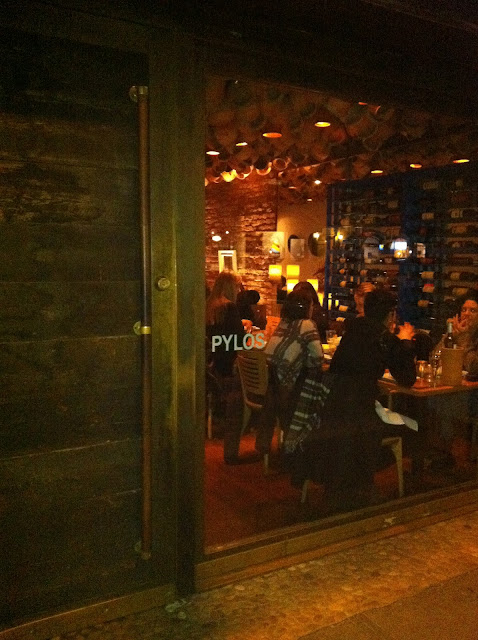 How quick I am to judge a restaurant by its cuisine. Italian=there in a second. Mexican=any day of the week. Greek=avoid at all costs. Another work dinner was scheduled and the restaurant on the itinerary was Pylos, a Greek restaurant in the East Village. The wheels in my head started turning thinking of excuses to get out of this dinner. While my evil side pondered, my curious side decided to check out the website. I was intrigued—intrigued enough to go through with this dinner. 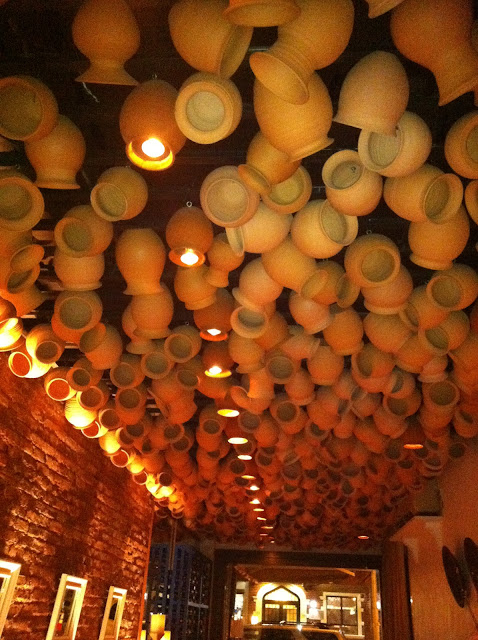 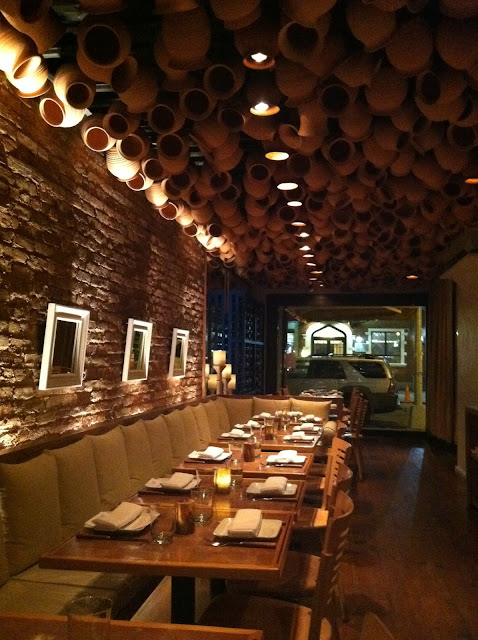 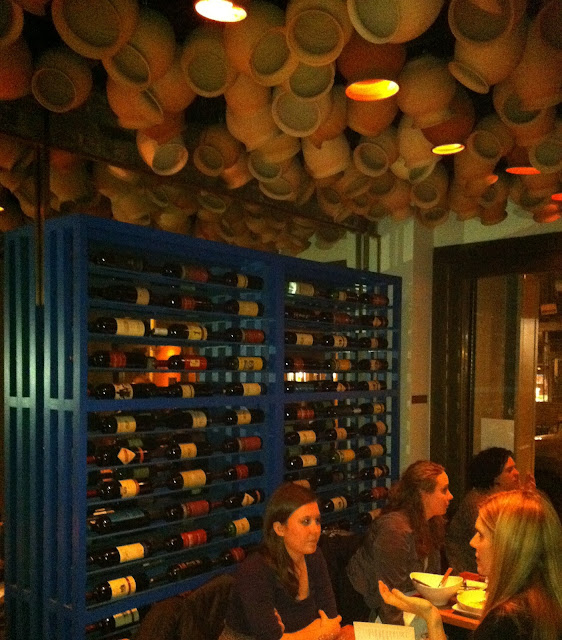 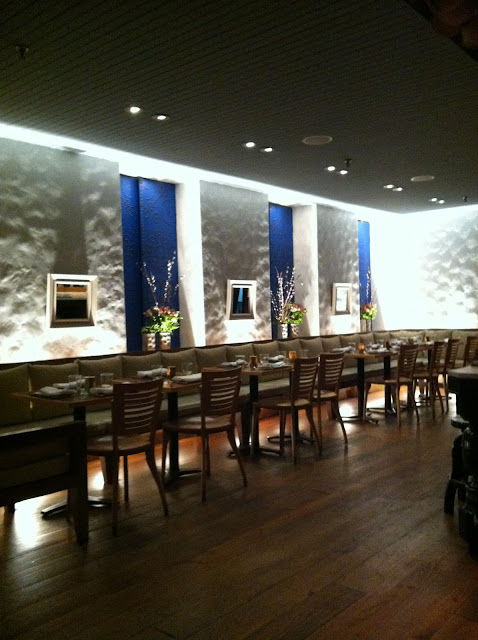 First step inside, and I was hooked...on the decor that is. If the food was terrible, I didn't mind because I was head over heels for the sea of pots on the ceiling. One of the guests, who happens to be Greek, informed me that Pylos means "things of clay" in Greek. 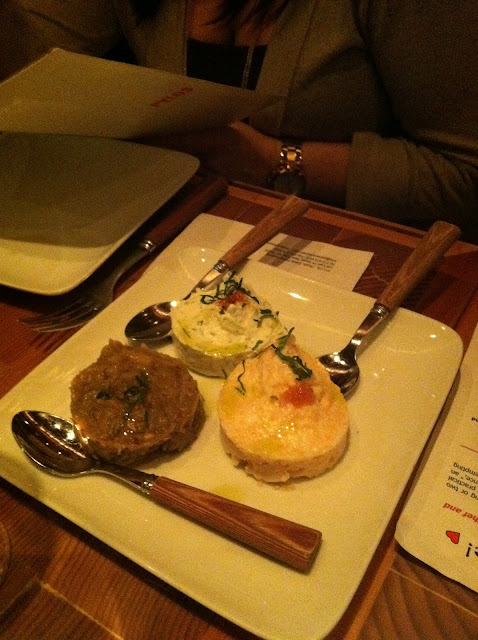 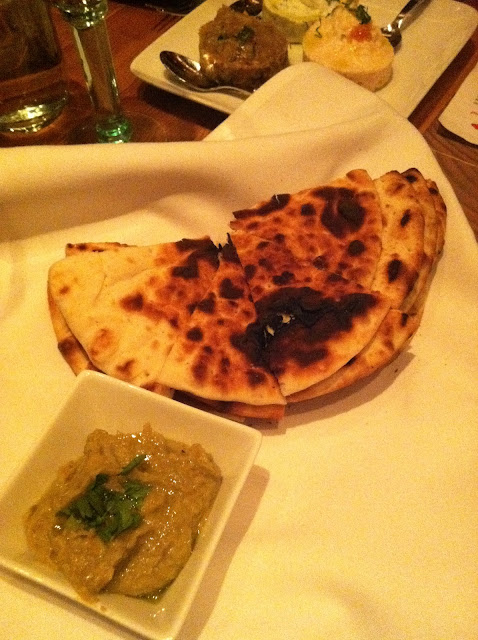 Luckily we had said guest because she guided us through each dish and each course. She started us off with Poikilia, a trio of dipping sauces paired with warm pita bread (my fav was the char-grilled eggplant). 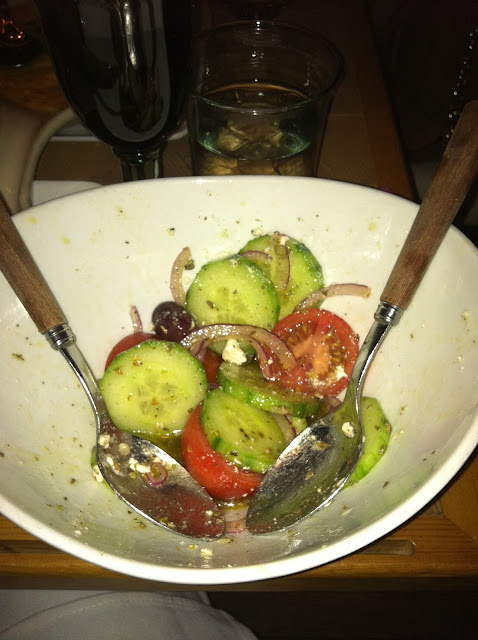 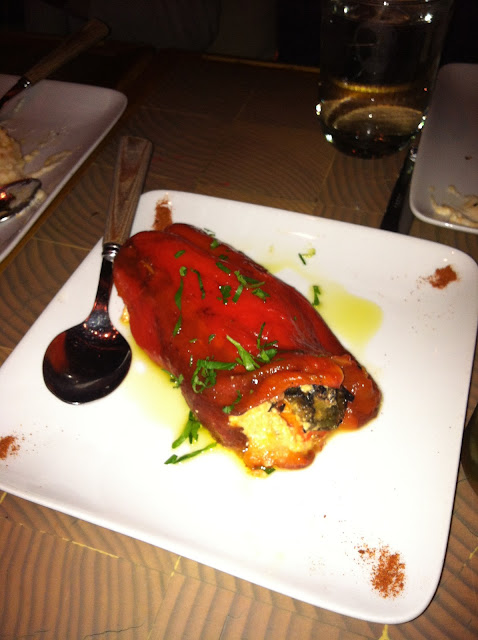 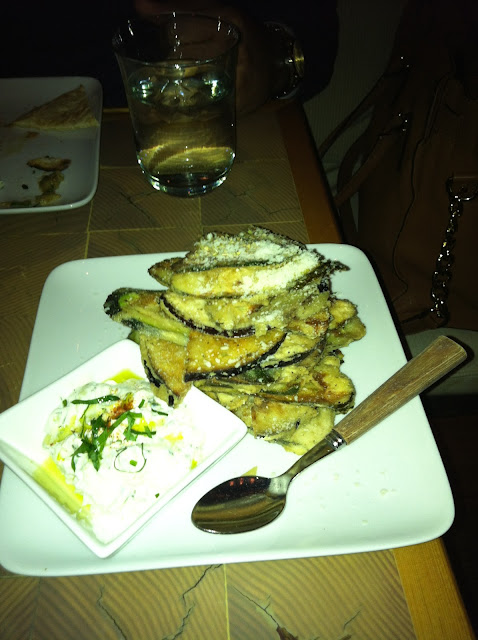 To further fill the table, we ordered the stereotypical Greek salad (they call it horiatiki), piperia gemisti me kafteri feta a.k.a. roasted red pepper filled with spicy feta and kolokythakia kai melitzanakia tyganit, which is known as fried zucchini with tzatziki sauce. Not only were the names a mouthful but so were the flavors. The spicy feta made that dish and is one not to be missed. 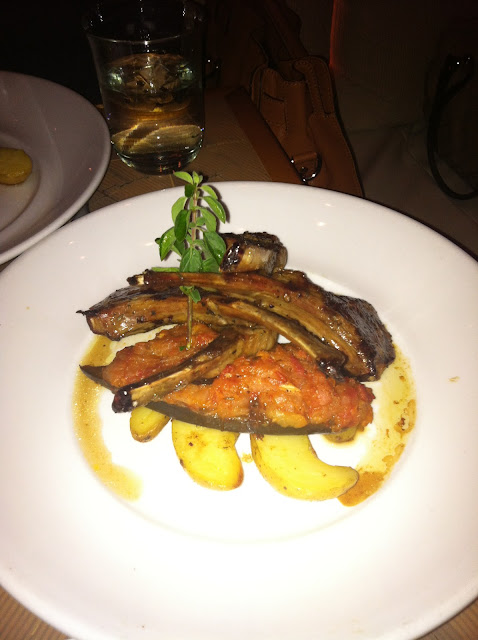 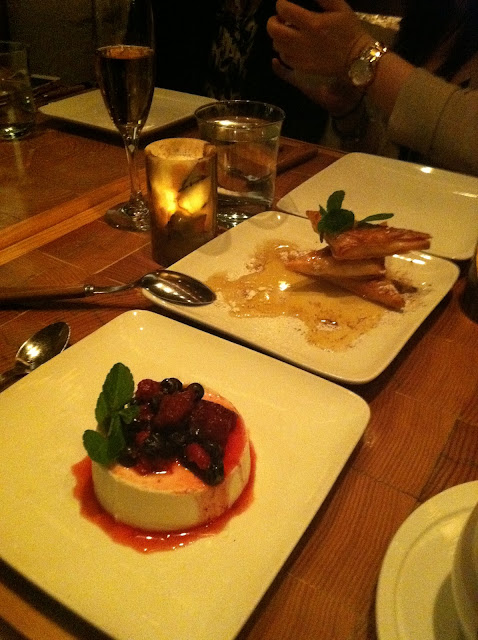 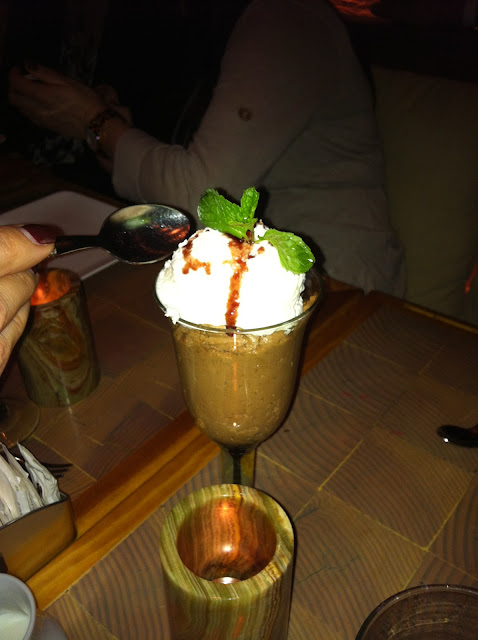 Since we didn't think eight appetizers were enough (I didn't even photograph three of them), we split a few entrees. I was adventurous and tried paidakia galaktos stin schara me imam kai mora patates (even the name is adventurous). For my non-Greek readers, the dish was marinated baby lamb chops served with mini stuffed eggplants and potatoes. I can only say this dish solified my opinion on lamb—I love it. And to fully establish my opinion on Greek food, we decided to order dessert. Our guest suggested christos’ towering galaktobourekakia (phyllo triangles with Greek custard), krema mastiha (Greek yogurt with berry compote) and Mouzo (chocolate mousse). All judgement had been thrown out the window at this point. Those Greeks can even make mousse, a French dessert, taste good.
Places of Interest:
Pylos, 128 E. 7th St. (between 1st Ave. & Ave. A)
http://www.pylosrestaurant.com/
Posted by NatalPlums at 8:52 AM